Elizabeth Warren and the blood connection 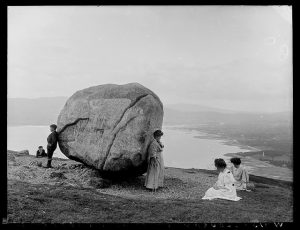 I am a fan of Elizabeth Warren. Lets’ be clear on that.  She is a straight shooter, she  has a social democratic agenda  and she is also a liberal. In a video published recently on her Twitter account ,  she tries to sent the record straight concerning her Native American ancestry.   Her imperturbable calm and poise are in stark contrast with the arrogance demonstrated by Barack Obama during a White House press correspondent dinner a few years ago. Obama was also trying to set the record straight on something that was personal to him: his birth certificate, the controversy surrounding its origins and the whole question of the Birther Movement,  for which Donald Trump was the most ardent proponent. Trump, who was present that night in the room, was singled out by Obama, when the president waved his birth certificate at him during his speech. Trump felt deeply humiliated that night and he is still holding that against him. The subtle and low-key approach used by Warren is, in my view, much more efficient. Warren has probably an eye on the 2020 presidential race, and the publication of that video at this point in time is probably in direct relation with her political ambitions. But we can nevertheless question if publishing of this video a few weeks before the mid-term elections will help or harm the chances of the Democrats during this critical election. Time will tell.

My family (including Fox News-watchers) sat together and talked about what they think of @realDonaldTrump’s attacks on our heritage. And yes, a famous geneticist analyzed my DNA and concluded that it contains Native American ancestry. pic.twitter.com/r3SNzP22f8