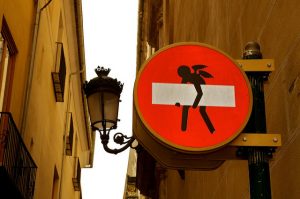 Ça suffit. It is offensive to hear the pathetic and irresponsible comments from politicians following the recent wave of terrorist attacks in Europe. Like those from Marine Le Pen who told recently to a Canadian journalist that the November 13 terrorist attacks in Paris would never had occurred on her watch. Or those from Donald Trump who is constantly bragging about the idea that if the spectators in the Bataclan would have been armed, the death toll would have been much lower that day. What do they know about this? Which moral authority these back seat drivers have, for them to say such shameful things? Ted Cruz, on the other hand, offered a very simplistic approach to address the issue of terrorism: send arm guards to patrol the Muslim neighbourhoods in the US cities before the inhabitants of these neighbourhoods get radicalized. Really? Muslim neighbourhoods in US cities? What exactly was he talking about? The Gestapo?

First and foremost, such simplistic statements attest of a profound lack of respect for the victims of these terrorist attacks. Those are the ones that have been attacked and have paid a heavy price for it, thus requiring our constant support and compassion. The last thing they and their families need is to be lectured by anyone. Politicians must stop using those victims for their own political gain. They must rally behind the police forces around the world in supporting their investigations, thus focusing in helping them preventing these horrible attacks to happen again. Otherwise we should be entitled to accuse these politicians of gross indecency.

One of the objectives behind these simplistic comments is to terrorize people, which resonates well with ill-informed people that are already convinced by the surreal idea that immigrants from different origins, cultures or religions, are responsible for all problems. So people are told that they are living in a very dangerous world, that World War III is right next door, and that they better get well armed in order to defend themselves against torrents of barbarian hordes about to invade their precious piece of land. As a proof of this imminent threat, they are told that Islam is a religion that calls for jihad and that every Muslim is day dreaming about the idea of chopping the head of a Christian. Come on! To tell people that every Muslim is a jihadist in the making is as stupid as to say that every white people in the US is a white supremacist working for the KKK.

Terrorist jihadists are thugs having thug dreams. Thugs that dream about paradise, like any other thugs. Because they want to escape from their shitty hopeless life and their street gang day-to-day useless activities, they dream executing the big plot that would make them rich and famous, so they can finally live in style, whether here on Earth or elsewhere. A thug is a thug is a thug; whether he is coming from here or abroad, regardless of his race, the colour of his skin, or the religion he belongs to. The thug is someone that operates outside society, someone that is not attached to things such as family, American dream, republican values, or religion. The thug thinks about his own self, or about other thugs like him. Some thugs go to church, or to the mosque; some don’t; others, the majority, simply pretend to pray in order to get what they want.

So, stop that noise. Stop terrorizing people with your rubbish talk.