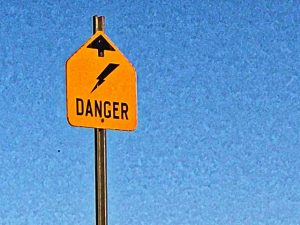 We are about to cross a dangerous threshold. Donald Trump is trapped in a corner and walls are closing rapidly on him. Notwithstanding the fact that, as of January, the new majority in Congress will start upturning all the stones left untouched by the Republicans for the last two years. In my view, this is an explosive and potentially dangerous situation as I do not foresee Trump letting his universe crumbling down without doing anything. He might elect to resign, which would probably what a sane person would do; or he will try to force his way out of the corner, breaking everything in the process.

That said, the window of opportunity for him to resign is closing rapidly. The recent indictment of Michael Cohen and admission of the “Catch and Kill” strategy by the president of AMI,  under the direction of Donald Trump, shed all the light on his criminal exposure in breaking the electoral financing laws. Would Trump resign now, he would lose his immunity and most probably be accused of having directed these crimes before being indicted. And this is without even mentioning anything concerning the involvement of his campaign in the Russian meddling of the election process, the relationships between  the Trump Organization and the Russian oligarchs and, possibly, the Russian mafia. Which is something  far more incriminating.

I am not a soothsayer and thus have no precise idea of what will happen next. I do not really care either about all these discussions concerning impeachment, as I consider this as a political process that should and will occur in accordance with the US constitution. The issue is elsewhere. At the risk of sounding like a a scaremonger, I prefer to see Trump as he is really:  a leader of large criminal clan. Having reached the top of the pyramid, he is now holding firmly his place, as he is convinced that he has complete centralized power in his hands – which is of course not true. So he will not let it go, whatever the price is. Never forget also that Trump has a large group of hardcore followers behind him. Trump is their unlikely savior, someone that might be able to reverse the course of time, in  bringing back America to a previous era where white christian men were leading the pack. For them,  the infamous “Make America Great Again” slogan has always be closely linked to a “Make America White Again” ideology. That base of hardcore followers will not let their impossible dream fade away. Trump is their last hope. Trump is a stick of dynamite that is about to explode. And I suspect that it would suit their agenda; unfortunately.

You may have a more hopeful perspective on that. Believe in the institutions. I prefer to look at the worse case scenario; because Donald Trump is not a democrat. The only thing he cares about  is power. Power and money.