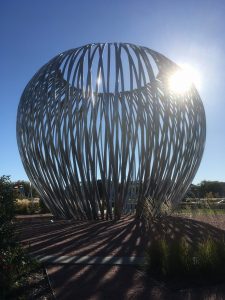 Depressing week. The blockbuster Weinstein story is a spectacular meltdown for this disgusting class of individuals who think that they are above the law simply because they are men, rich, famous, and reign over an empire. That said, it is rather depressing to see how the right in the US is recuperating this story. Namely by claiming  that Weinstein is a major donor of the Democratic party – which is true. Like if, this alone, would justify his wrongdoing. Like if criminals were rational individuals who salute flag while pledging  allegiance to a constitution, a party or a country.

There are days also where I get tired of hearing all the noise on social media coming from the alt-right folks. I know I should restrain myself from reading these stupidities, but I cannot help it as I deeply need to understand what is really behind their motivation. And why these individuals, with such limited interest in history,  and zero  openness toward the rest of the world, are so proud in exposing their intellectual vacuity – or their reprehensible agenda. Shameful and depressing to see how  these intolerant individuals  would leave the poorest and most vulnerable without any social net; or how high their rage is against those who have the courage to protest against the established order; or their bias against anyone who happen to speak a different language, worship a different God or have a different colour of skin.  I have to admit that I am still looking for answers; so I still have to read these stupid insanities and continue my quest for truth without holding my breath in disgust.

That said, some days I feel more depress than others. Like in hearing these voices in demonizing the refugees, and the Muslims as a whole, by saying that they are rapists and want to impose the sharia law all over the world. Delirium tremens. Weinstein is not Muslim as far as I know. And what were doing the catholic priests in the 50s in residential schools throughout North America? Were they on higher moral grounds while practicing chastity, abstinence and virtue? What? All Catholics are not rapists? And they are not trying to impose their sharia law in opposing same sex marriage, homosexuality and abortion? Please let me know because I don’t get it. Double standard or racism?

But, at the same time, I am very hopeful. Hopeful because women, bravely, are standing up against these men, and publicly denounce the Weinstein, Ailes , O’Reilly and others for what they are: rapists and abusers. Women talk and men blush with shame in front of their kids.

I am hopeful too because of the kids. Kids who live the uberization of their lives on a daily basis, understand the threat of global warming, say no to nationalism and no to simply saluting the flag because people told them to do that; kids that see opportunities in a world without borders – not threats,  and make fool of regressive  language by those still living in a fanciful past era.

I am hopeful, finally, beacause of the immigrants that arrive in our country, from their war-ravaged homelands, and force us to question our day-to-day lives, our values,  and force us to give the best of oneself. So better days are ahead of us. It will probably be in a post-Trump era – but this is a different story. But it will come. Be hopeful.