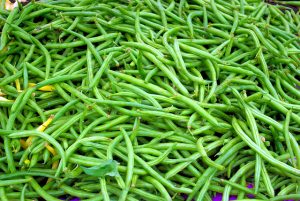 It appears that La fin des haricots has been postponed. Which is a good thing. As indicated in one of my recent posts on the same topic, the occult and regressive forces that enable people in bringing us back in time, thus making us believe that La fin des haricots is right ahead of us, seem to be on the wrong side of history. The November 6 mid-term elections went as planned. The Americans went to the poll in large numbers; the Democrats have taken control of the House of representatives in Congress; the Republicans have gained a couple of seats in the Senate, strengthening their majority. It is worth noting that most observers have said that it was almost impossible for the Democrats to gain the majority in the Senate in this election, as the states where the incumbent was a Republican (and at least two of states where the incumbent was a Democrat) were considered to be stronghold red states. That said, the Democrats have obtained the majority of the votes in the election for Congress (52% vs 48%); the majority of votes in the election for the Senate (58% vs 42%). And they have succeeded in electing more than one hundred female candidates in the House of representatives. These accomplishments are remarkable.

So when POTUS 45 says that the Republicans have gained a spectacular, if not historical victory during these November 6 mid-term elections,  he is simply talking nonsense; notwithstanding that he is probably trying to hide his deepest fears of having the newly elected Congress re-institute the check and balance process on his tier of the government – the presidency, a process that is key to sanity of the American democracy.

Let’s see what will happen between now and January. Personally, I am rather concerned. Hence, I am of the opinion that the individual playing the role of POTUS 45 is not a democrat, rather an autocrat. He has arrived to the top, to the most powerful job in the world, and he is planning to stay there, at the top, for as long as he wishes, whatever the price is to pay for the rest of the country or the institutions. So, it is quite possible that he will try to use his last couple of months of unchecked freedom to clean the house, before being left in the lurch in complete disbelief of a nearby ending. It might sound crazy, I know. But time will tell.

In my view, the best option would be for him (and the country) to quit before it is too late. He would then be able to brag ad-nauseam that he has fulfilled all his campaign promises, succeeding in making American great again (whatever that means), so he can move on to new endeavors in his long and rich life. It would the best way for him to escape public humiliation before his probable forfeiture. Again, time will tell. In the meantime, the occult and regressive forces that enable people in bringing us back in time, have lost an important battle. And this is a step in the right direction.