So Mr. Trump, what do we say to our kids now? 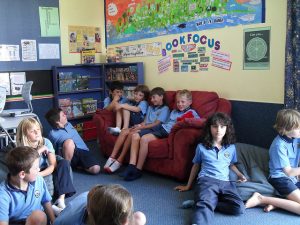 It is not the choice of words that is disturbing me in the race to nominate the Republican Party frontrunner, but the way Donald Trump is acting to achieve his objectives.

I never really understood the extent of public interest in Donald Trump. As far as I am concerned, he is just a regular person. Being a successful businessman and bragging constantly about it, do not necessarily mean that you are an exceptional individual. Trump is flamboyant and obviously talented for commercialism and promoting his own self, his trademarks and his business projects. But we can say the same thing for billionaires in general. However, as wealthy as he might be, Donald Trump has few things in common with other billionaires like Warren Buffet, Michael Bloomberg, George Lucas or Bill Gates. Trump’s name is not linked to any large-scale charity causes; neither is he devoting his wealth to humanitarian, environmental or similar philanthropic initiatives (AP – August 2015). He obviously appears to be more preoccupied by his own wealth than the wealth of others. He is not an intellectual and his critic of society is a hodgepodge of facile striking phrases prone to dividing instead of uniting, based largely on the idea that the world is a single equation between winners and losers. By far, this is not someone that could be envisioned as the father of the nation; and it is a scary thought to imagine him pulling people together in building a new project of society.

Up until recently, Trump’s name was mainly grabbing the headlines of gossips magazines because of his reality shows, his beauty pageants and his larger than nature real estate projects. But now, Trump is everywhere. For the large crowd of true believers that are following him devoutly, he is nothing else but the messiah that could succeed in making their country great again; like if their country was a third world nation or soon to be one! His followers are not willing to dig further, and consider Trump’s financial successes, his straight shooter manners, and the lack of apparent ties with corporate America, to be sufficient. This kind of failing in requirements from a large portion of white Americans has allowed Trump to surf with style on his own trade mark, without feeling obliged to provide details on how he would do things. Like stand-up comics would do, Trump communicates his ideas with one-liners and sound bites that strike the imagination of people who, obviously, do not have a lot of self-esteem. It is quite astonishing to see; but, I cannot care less because Trump will never be the leader of my country.

I do have a serious issue though with the campaign of smear that he is pulling out on people, as it might very well change forever the way people do politics here, there and everywhere around the world.

In each of the debates that I have seen so far, Trump has this strange grumpy look on his face. It reminds me of a kid after been denied of ice cream for behaving badly. Trump looks like he is having a bad hair day, and crossfire with him will degenerate rapidly in rude behaviour, interruptions, insults and demeaning comments. Trump is acting like a bully in a school yard and the social medias are salivating.

In large crowd meetings, Trump’s narrative and attitude differ: He says what people want to hear, lining up half-truths and lies with a complete lack of shame, with the purpose of seducing an already smitten audience. Trump is showing the crowd not to be ashamed to say aloud what they would have said before in private. And in sharing their ill-informed simplistic views on the state and the fate of the country, on races and religions, he is elevating those views to the same level as the reasoned opinions articulated by experts, scholars and state leaders. In doing so, Trump is leaving wide-open the door to bigotry, and to the dangerous amalgams that go with it, tearing down one of the most key feelings for any civilized society: respect. He is doing that without any shame, simply to satisfy his own hunger for power. Whether he is elected or not, the damage is done. And I am afraid that in the years to come we will see serious misbehaviour from a lot of people around of the world because of this.

So Mr. Trump, what do we say to our kids now that the damage is done? Do we tell them that, in order to be a winner, you must yell at others, say whatever goes through your mind, insult colleagues, and act as a bully? Do we tell our kids that those who are not in agreement with us are losers? That dissent should not exist? That differences of opinions, of races, of colors, of religions, are notions from the past and should not be tolerated, rather denounced in the public space? I would like Mr Trump to provide us with some guidance here as he appears to have answers to everything so far.