Stay in your lane! 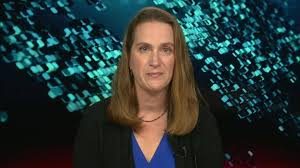 “Do you have any idea how many bullets I pull out of corpses weekly? This isn’t just my lane,” Judy Melinek, a forensic pathologist, responded on Twitter. “It’s my fucking highway.”

This remarkable quote is from Judy Melinek M.D., a forensic pathologist from San Francisco. She was reacting to the irresponsible and distressing comments from the NRA criticizing the American College of Physicians  after the College detailed suggestions for addressing gun violence, in the aftermath of the mass shooting of Thousand Oaks in California.

Someone should tell self-important anti-gun doctors to stay in their lane. Half of the articles in Annals of Internal Medicine are pushing for gun control. Most upsetting, however, the medical community seems to have consulted NO ONE but themselves. https://t.co/oCR3uiLtS7

That tweet from the NRA set off a firestorm of responses from doctors who regularly treat shooting victims in the USA. The comment from Dr Melinek  illustrates perfectly the anger of the doctors toward gun violence, the inaction of the politicians and the scandalous agenda of the NRA. I recommend viewing the interview that was given recently by Dr. Melinek to Christiane Amampour. To watch the video, simply click on the image below. You will be redirected to the CNN website. The video starts after a short publicity.

The California doctor standing up to the NRA @CNN https://t.co/WCuy4u6hnP I wish they wouldn’t make it just about me. There are thousands of us who want change #MomsDemandAction #gunviolence